The Perth Mint is celebrating the Chinese Year of the Rabbit with a limited-edition, silver proof coin featuring the image of the Chinese zodiac animal rendered in a colorful mosaic of pure Australian opal. 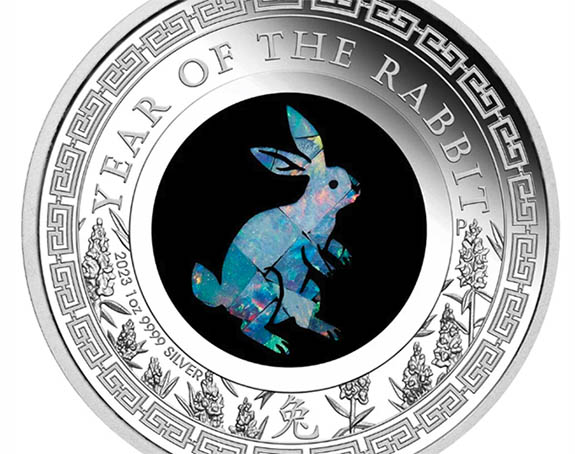 Irregular slivers of high-grade opal are meticulously arranged to fill out the shape of the rabbit, which stands out against a circular black background. Because each coin requires so many individual pieces of opal, and because each sliver displays a unique "play of color," no two coins will look exactly the same.

The Chinese Year of the Rabbit officially starts on January 22, and collectors are already having a hard time securing one of the coveted coins from the limited mintage of 5,000.

"It’s one of our most popular silver numismatic releases of the year,” said Neil Vance, Perth Mint's General Manager for Minted Products.

The coin’s outer ring displays an oriental border pattern along with stylized depictions of snapdragons, said to be lucky flowers for those born in the Year of the Rabbit, the fourth animal of the ancient lunar calendar. The outer ring also includes the inscription “YEAR OF THE RABBIT,” the Chinese character for “Rabbit,” the year 2023, the coin’s weight and purity, and The Perth Mint’s traditional “P” mintmark.

Designed by Natasha Muhl, the Aussie coin measures 36.6mm in diameter, which is slightly smaller than a US silver dollar. 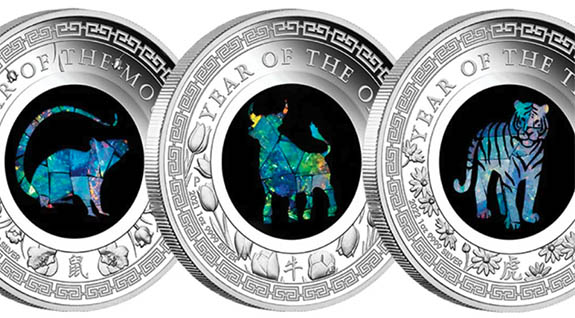 Those born in the Year of the Rabbit are said to be intelligent, creative, vigilant and compassionate. 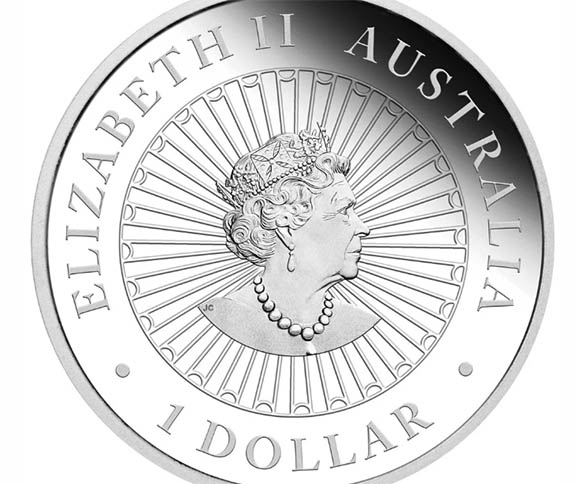 The obverse of the tiger coin features the Jody Clark effigy of Her Majesty the late Queen Elizabeth II, the weight and fineness, the “1 DOLLAR” denomination, “AUSTRALIA,” and the Queen’s name. 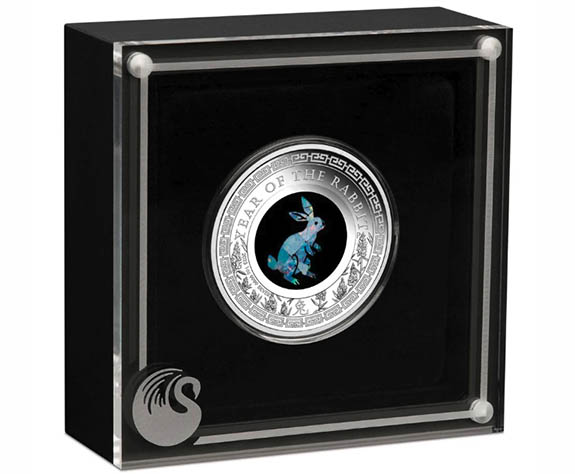 Accompanied by a numbered certificate of authenticity, the collectible is housed in a classic display case with a clear lid that comes in an illustrated shipper.

The Perth Mint frequently pays tribute to themes that are truly Australian. From 2012 through 2014, for example, the mint promoted the Australian Opal Series of five coins depicting native animals, including the koala, wombat, kangaroo, pygmy possum and Tasmanian devil — all rendered in opal.

Vance confirmed that the gems used in the Opal Lunar Series come from the famous mining town of Coober Pedy, which produces more than 80% of the world’s opal supply and more precious opal than anywhere else.