In the aftermath of a terrifying tornado that flattened their home near Hopewell, TX, Dakota Hudson and his girlfriend, Lauren Patterson, were thankful to be alive. They survived the ordeal by taking shelter in their bathroom, holding each other and praying as the twister shook their new home from its foundation. 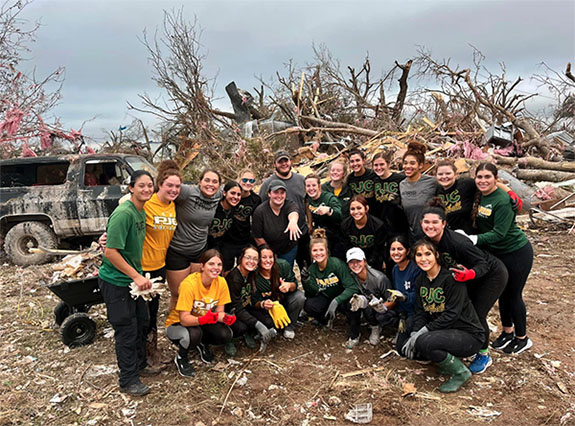 Once the storm had passed, Hudson told his girlfriend of seven years that he had been planning to propose and that the tornado had consumed the engagement ring that he had hidden in the back closet their now-obliterated house.

"I told her, I was like, 'I lost your engagement ring and your wedding band,' and she told me it was alright," he recounted to local TV station KXII. "All she needed was me." 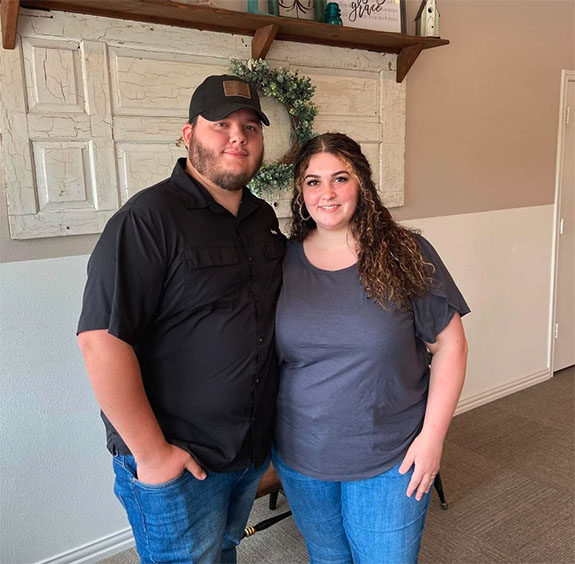 On Tuesday of last week, the Paris Junior College softball team volunteered to do some salvage and cleanup work for the devastated community and was randomly paired with the young couple.

Hudson hinted to the girls that if they could find the engagement ring, he would proposal on the spot.

"I guess when you tell 20 girls that you’re looking for an engagement ring they’re going to make sure you’re engaged by the end of the day," Hudson told a Fox4 reporter. "They did not let up. They all came out there and they were all workhorses. The amount of work they were able to put in to help us out was phenomenal."

After hours of digging through debris, clues started to emerge. Some of the girls found pieces of the ring box scattered in different areas. Then about an hour later, outfielder Kate Rainey made the discovery of a lifetime.

“I was just kind of digging through the mud in this certain particular spot, and I kept digging there,” Rainey told KXII. “I don’t know why. I felt [that I was] led to dig right there. I found a little piece of a metal circle, and it was not [just] metal. It was gold. I didn’t believe it. When I found it, I was like, ‘there’s no way I just found it.’”

The engagement ring had been torn from its box and traveled seven yards from its original hiding place in the closet. The tornado had buried the ring two inches under ground. 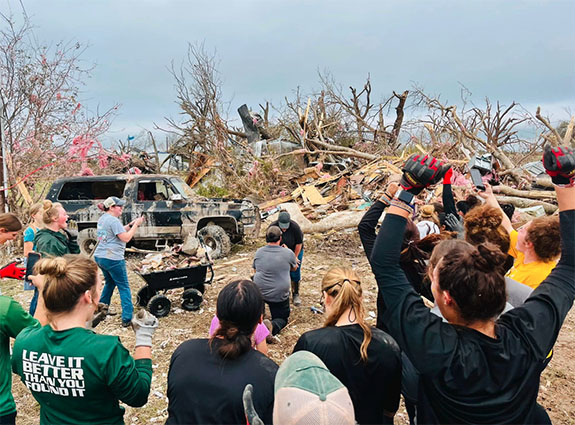 Rainey ran the ring over to Hudson who washed it off with bottled water and then, true to his word, got down on one knee and proposed to Patterson amidst the tangled remains of what used to be their home. Patterson immediately said "Yes" and the couple embraced to the cheers of the Paris Junior College softball team.

“All the glory goes to God,” Hudson told KXII. “I wasn’t going to wait anymore.”

Head coach Shelby Shelton commented on her Facebook page that the proposal was "truly one of the most remarkable things we have witnessed."

"Congrats to the newly engaged couple!," she wrote. "Our girls can’t wait to attend the wedding."