The Kafubu Cluster, a colossal 187,775-carat matrix of individual and intertwined emerald crystals, is expected to set a Gemfields' price record at the mining company's rough tender in mid-November. 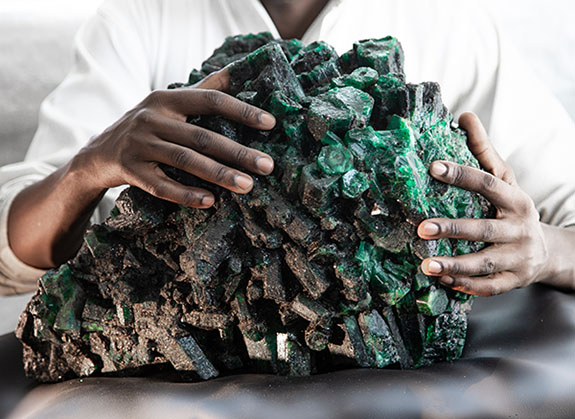 The impressive, 82.8-pound specimen was extracted in March 2020 from the Chama pit of the famous Kagem emerald mine in Zambia. Kagem is believed to be the world’s most prolific emerald mine.

“Rarity is one of the factors that makes emeralds hold such a special value in many cultures around the world, but the combination of this crystal cluster formation, the overall quality and the sheer enormity of the Kafubu Cluster is something I never thought possible,” commented Jackson Mtonga, Kagem's assistant sort house manager. 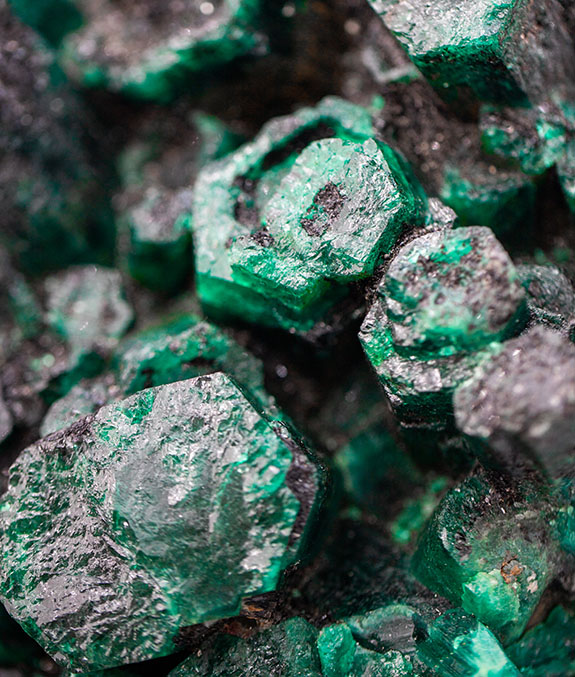 What's unique about the formation is that it's made up almost entirely of hexagonal emerald crystals. Hardly any other minerals are present.

According to the mining company, the Kafubu Cluster displays all the desired characteristics that an emerald should possess, including a vivid green color that glows and shines. The cluster also presents various levels of crystallization that will allow a cutter to create a collection of gems, ranging from fine-quality faceting material to cabochons and beads for everyday fun. 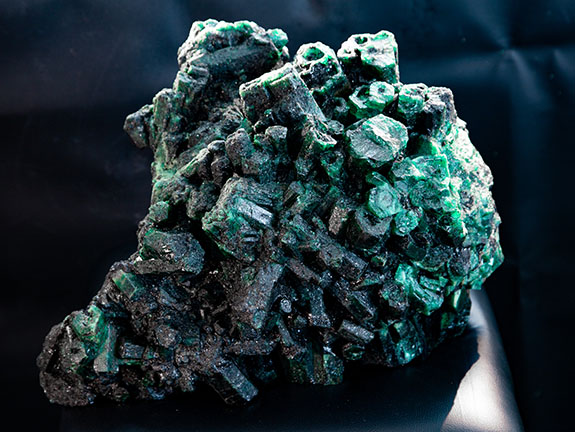 Gemfields believes the Kafubu Cluster could be transformed into tens of thousands of carats of commercial-to-fine-quality cut emeralds. There is also a possibility that the winning bidder will choose to preserve it in its natural form.

The Kafubu Cluster owes its name to the Kafubu river, which forms the natural southwest boundary of the Kagem property. Gemfields noted that the name Kafubu honors the unique landscape in which the colossal cluster was formed.

Gemfields, which owns 75% of the Kagem mine in a partnership with the Zambian government, noted that emeralds from Kagem tend to have a higher iron content than emeralds from other origins. This means they are less fragile and have fewer surface-reaching fractures.

Given its size and quality, it is likely that the Kafubu Cluster will be the most expensive single emerald piece ever sold by Gemfields. Viewing of the spectacular piece began last week at Gemfields' London headquarters. Bidding is set to close on November 17.