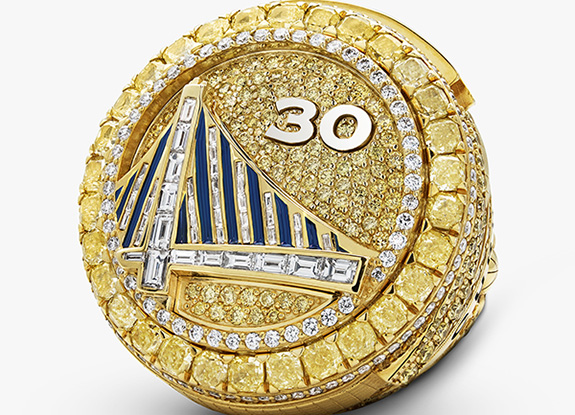 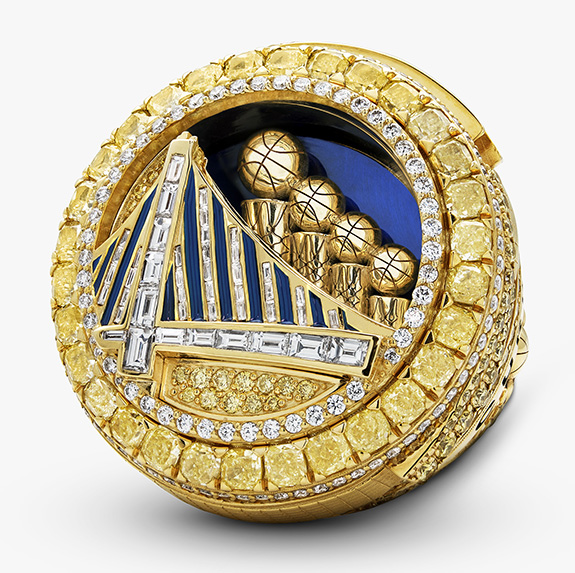 Designed by Jason of Beverly Hills, the rings were presented to the players, coaches and front-office members during a special celebration prior to the team's Tuesday home opener against the Los Angeles Lakers.

As with most championship rings, the design is packed with symbols that tell the story of the team's memorable journey through the playoffs, which culminated in a 103-90 victory over the Boston Celtics in Game 6 of the 2022 NBA Finals at TD Garden in Boston. One symbol, for instance, is a subtle nod to their opponent's home court. Engraved behind the trophies on the ring's shank is the pattern of Boston's legendary parquet floor where the Warriors raised their trophy.

The .91 carats of white diamonds on the inner bezel honors the team's 91% home winning percentage during the postseason.

Designer Jason Arasheben also incorporated into the ring design key architectural features of Chase Center, the Warriors’ home arena. By twisting an architectural element just below the white diamond bezel, a slice of the ring top slides open to reveal a secret compartment that houses from one to four championship trophies. 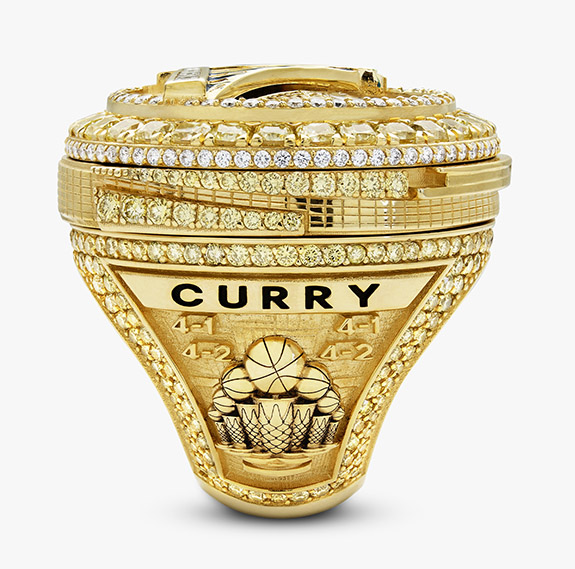 On one side of the ring is the player's name in black enamel, along with the series results of the four playoff rounds, as well as seven Larry O'Brien Trophies representing the franchise's NBA championships. 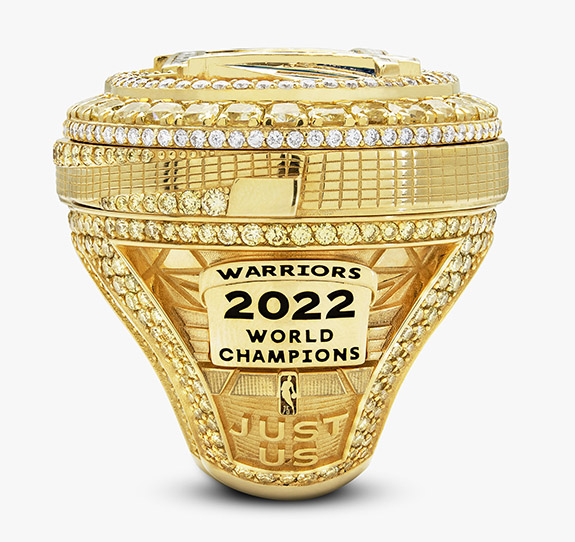 The other side of the ring features the Warriors' 2022 World Champions banner along with the NBA logo and the team's 2022 mantra, "Just Us."

Arasheben told ESPN.com that this is the first championship ring that uses primarily yellow diamonds. The designer said that supply-chain issues earlier this year made it additionally challenging to source the number of rare yellow diamonds required for 65 rings.

The yellow diamonds are a nod to one of the team's primary jersey colors, as well as the slogan, "Gold Blooded," which the franchise introduced just ahead of the playoffs.

The designer had a five-week window to complete the order. He reported that each ring took 40 to 50 hours to complete and required seven specialists.