Throughout much of history, gem "experts" couldn't distinguish a ruby from a spinel. It was not until 1783 that spinel — August's newest official birthstone — was recognized as a mineral distinct from its far more famous red lookalike. 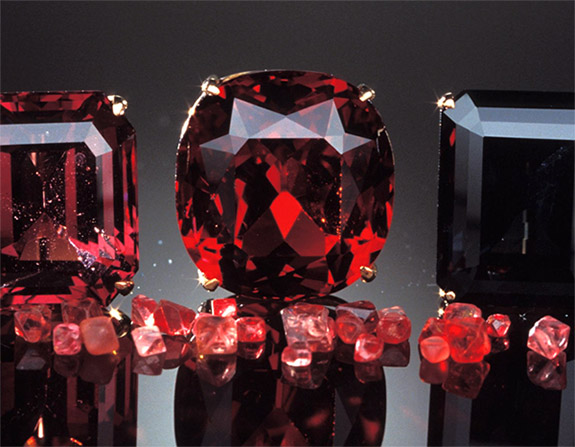 Ruby is composed of aluminum oxide, while spinel is made of magnesium aluminum oxide that forms when impure limestone is altered by extreme heat and pressure. Both gems get their reddish color from impurities of chromium in their chemical structure. In nature, they are often found side by side.

The physical similarities between the two gems created a jumble of confusion evidenced in these high-profile blunders.

Catherine the Great commissioned the Imperial Crown of Russia in 1763 and never knew that the impressive “ruby” topping the regal headpiece was actually a spinel.

At her coronation in 1838, Queen Victoria wore a newly designed Imperial State Crown, which prominently displayed the 170-carat Black Prince Ruby. It turned out to be a spinel.

The 361-carat Timur Ruby, which was presented by the East India Company to Queen Victoria as a gift in 1851, also was a misidentified spinel.

In Burma (now Myanmar), the high luster, perfect octahedral spinel crystals found in the Mogok region have a special name, according to the Smithsonian. They are called "anyon nat thwe," meaning spinels that have been cut and polished by the spirits.

In 2016, the American Gem Trade Association (AGTA) and Jewelers of America (JA) announced jointly that spinel would join peridot as an official birthstone for the month of August. The news came as a surprise to gem aficionados because the modern birthstone list — up until that point — had been amended only a few times during its 100-plus-year existence.

Established in 1912 by the American National Retail Jewelers Association (now known as JA), the modern birthstone list saw a significant change in 1952 when alexandrite (June), citrine (November), tourmaline (October) and zircon (December) were added. The list was amended again in 2002 when tanzanite joined the group of December birthstones. 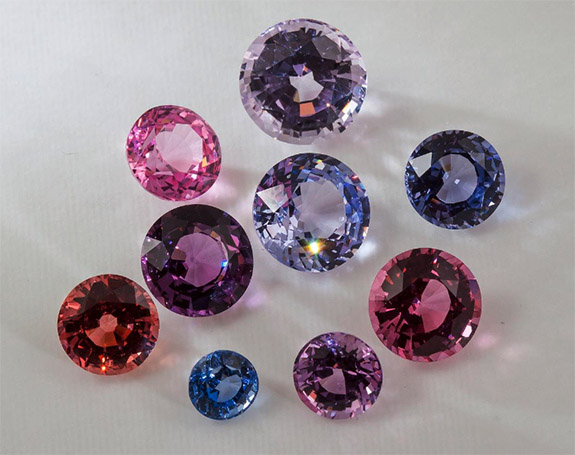 According to the Smithsonian, pure spinel is colorless, but impurities give rise to a range of colors, most typically pink or red, but also purple, green and blue.

The spinels on this page are from the Smithsonian’s National Gem Collection.

The leading sources of spinel are Myanmar, Sri Lanka and Thailand, while other significant spinel production takes place in Pakistan, Afghanistan, Tajikistan, Tanzania, Vietnam and Russia.

Spinel is a durable gem with a hardness of 8.0 on the Mohs scale. By comparison, diamond rates a 10 and ruby rates a 9.