Legend has it that in the year 41 BC Cleopatra gulped down a pearl-infused cocktail to demonstrate to her lover — the Roman leader Marc Antony — her immense wealth and power. 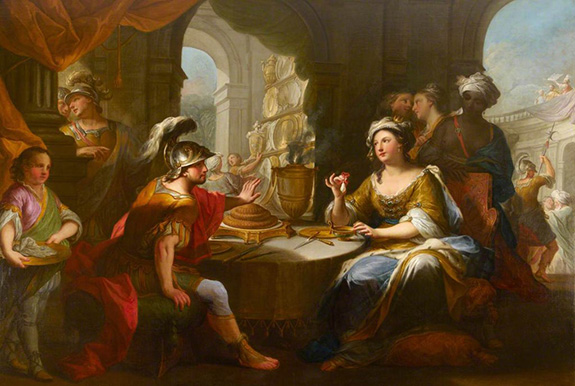 Roman naturalist and philosopher Pliny the Elder (23 - 79 AD) offered a detailed account of the event in his book, Natural History. It's been called one of the most celebrated banquets in literature and here's how it went down.

Pliny the Elder wrote, "There were formerly two pearls, the largest that had been ever seen in the whole world: Cleopatra, the last of the queens of Egypt, was in possession of them both, they having come to her by descent from the kings of the East."

The 28-year-old Cleopatra (69 - 30 BC) was Egypt's hostess with the mostest, and with Antony (83 – 30 BC) as her guest, she spared no expense to impress him. The meals she presented were so extravagant that the Roman politician and general wondered out loud if it was even possible to make the banquets more magnificent.

Cleopatra responded that she could spend 10 million sesterces on a single dinner. (Scholars believe the equivalent value in today's dollars might be $25 million or more).

Pliny the Elder explained, "Antony was extremely desirous to learn how that could be done, but looked upon it as a thing quite impossible; and a wager was the result."

On the following day, Cleopatra — her face set alight by her priceless pearl earrings — hosted another spectacular banquet, but it was no better than what Antony had experienced before.

When the second course was served, Antony curiously looked on as a single vessel filled with vinegar was placed before the queen.

According to Plany the Elder, the liquid possessed the sharpness and strength to dissolve pearls. 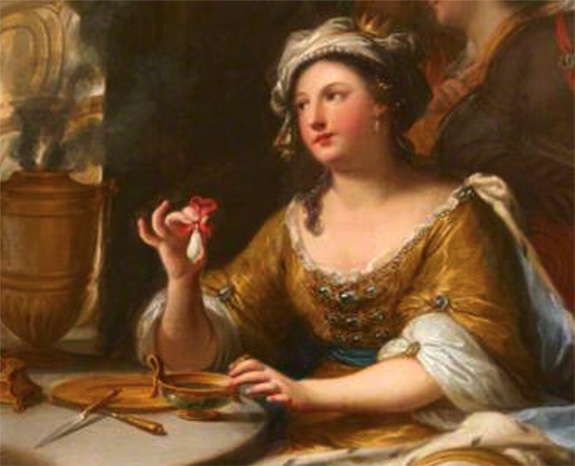 "At this moment she was wearing in her ears those choicest and most rare and unique productions of Nature," he wrote, "and while Antony was waiting to see what she was going to do, taking one of them from out of her ear, she threw it into the vinegar, and directly it was melted, swallowed it."

Lucius Plancus, who had been named umpire in the wager, placed his hand upon the other pearl at the very instant Cleopatra was making preparations to dissolve it in a similar manner, and declared that Antony had lost the bet.

Pliny the Elder's accounting of this story has sparked the imagination of scientists and gemologists, who wondered if melting a pearl in vinegar is really a thing.

Youtubers have tried to duplicate the feat, and scholars have written about it in professional journals. The bottom line is that, yes, pearls can be dissolved in vinegar but, no, they don't dissolve instantly, as Pliny described.

Pearls consist of calcium carbonate. Vinegar is acetic acid. When combined, there is a chemical reaction that initiates the breakdown of the pearl into calcium acetate, water and carbon dioxide.

In the Youtube experiments, pearls can be seen losing their form and turning into a gel-like substance within a few days of vinegar submersion.

It is plausible that Cleopatra crushed the pearl before immersing it in vinegar and swallowing it down. Many recent accounts of the Cleopatra-Antony banquet wager attempt to correct Pliny the Elder's apparent scientific inaccuracies by describing the pearl as crushed or pulverized.