Did you know that olivine, the non-precious variety of August's birthstone — peridot — could play a key role in the global effort to reverse the effects of climate change? 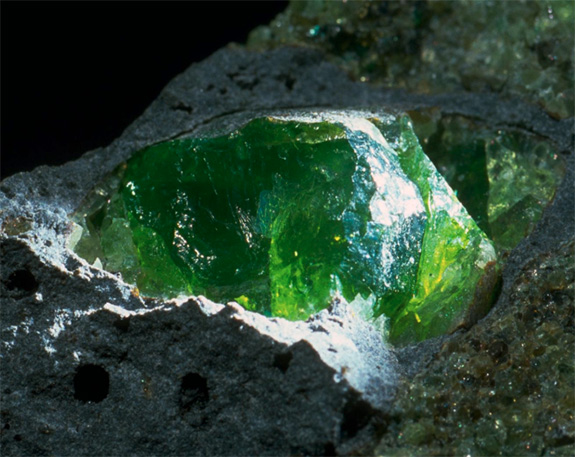 According to scientists at the Project Vesta, olivine's chemical makeup is perfectly suited to counter ocean acidification and permanently remove carbon dioxide from the atmosphere.

They've calculated that a billion tons of olivine sand distributed over 28,000 miles of coastline annually will result in the capture of 1 gigaton of CO2. The wave action of beaches on crushed olivine allows for more rapid weathering than other natural deposits of olivine. 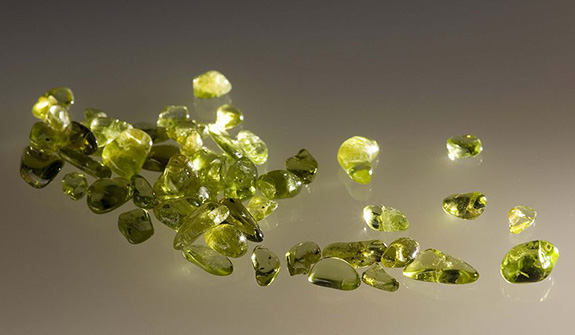 Olivine is nature's air purifier, sucking carbon dioxide out of the sky and ocean and locking it up in harmless products that can form things like coral reefs, noted The Daily Beast.

“If we spread olivine over 2% of the world’s shelf sea, then that will be enough to capture 100% of human emissions,” Tom Green, executive director of Project Vesta, told fastcompany.com.

The scientists at the Vesta Project emphasized that olivine is globally abundant and accessible. It makes up more than 50% of the Earth's upper mantle and more than a trillion tons can be collected easily.

At full scale, they claim, the distribution of olivine will cost less than 10% of the price of other carbon capture technologies. 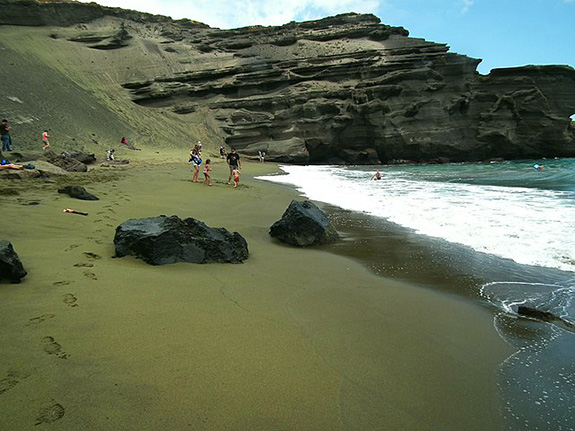 If, and when, the Vesta Project gets off the ground, beaches around the globe will start looking a lot like Hawaii’s Mahana Beach.

Today, that's the most popular of only four “green” beaches in the world. The others are Talofofo Beach on Guam, Punta Cormorant on Floreana Island in the Galapagos Islands and Hornindalsvatnet in Norway.

These beaches owe their astounding color to olivine crystals eroded from the belly of ancient volcanoes and delivered to the shore by ocean waves.

Hawaiians refer to peridot as the “Hawaiian Diamond,” and small peridot stones are sold as “Pele’s tears” in honor of Pele, the goddess of volcanoes.

In addition to being the official birthstone of August, peridot is also the 16th anniversary gemstone. Colors range from pure green to yellowish-green to greenish-yellow, but the finest hue is green without any hint of yellow or brown, according to the Gemological Institute of America.

Peridot is currently sourced in Burma, the US, Norway, Brazil, China, Australia and Pakistan. The world’s largest faceted peridot weighs 310 carats and is part of the Smithsonian’s National Gem and Mineral Collection.