This 58.19-carat, honey-colored "Maharani Cat’s Eye" displays one of the world's finest examples of an optical phenomenon called "chatoyancy" — or the cat's eye effect. 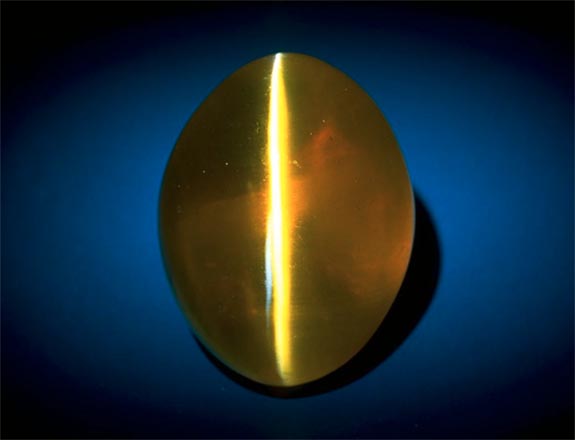 A chatoyant gem presents a single band of reflected light that seems to move just beneath the surface of the stone, and the effect looks very much like the vertical-slit pupils of a cat's eye. 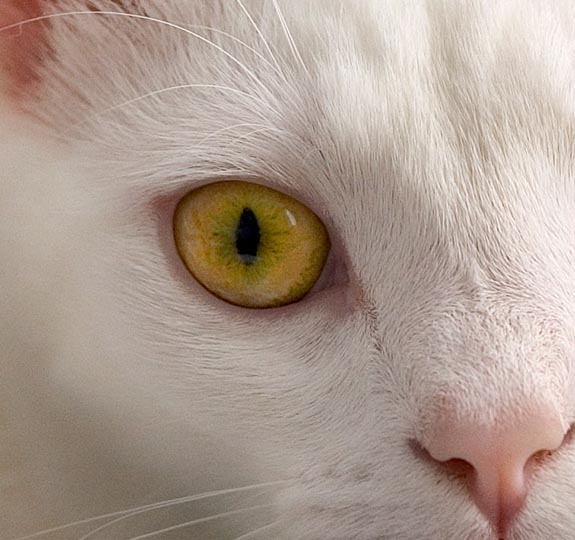 Chatoyant is derived from the French word "chatoyer," which literally means "to shine like a cat's eyes."

Chatoyancy occurs in many gemstone varieties, including corundum, tourmaline, spinel and quartz, but the most coveted cat's eyes are cut and polished from the mineral chrysoberyl.

The International Gemological Institute clarified that while other minerals can be polished to produce a similar cat’s eye effect, only chrysoberyl can be referred to as “cat’s eye” with no other designation. Other minerals require a qualifier, such as cat’s eyes quartz or cat's eye sapphire, etc.

The stone seen above was sourced in Sri Lanka and is now part of the Smithsonian's National Gem Collection. The Smithsonian obtained the gem in an exchange in 1961.