Welcome to another Music Friday Flashback, when we bring you classic tunes with jewelry, gemstones or precious metals in the title or lyrics. Today, we feature Seals & Crofts performing their Summer of ’73 hit, “Diamond Girl.” 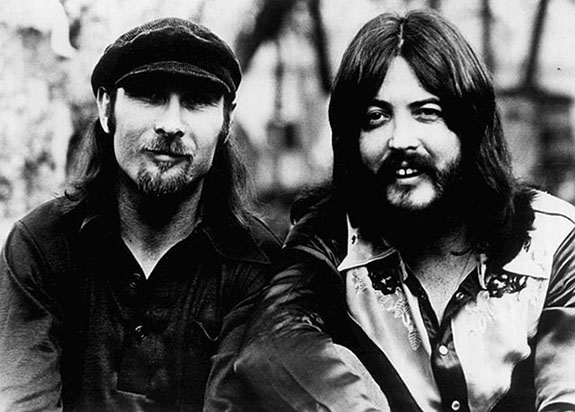 Using gemstone imagery to describe a girl who is perfect in their eyes, Jimmy Seals and Dash Crofts sing, “Diamond Girl – you sure do shine / Glad I found you – glad you’re mine / Oh my love, you’re like a precious stone / Part of earth where heaven has rained on.”

The Texas-born Seals and Crofts are famous for their lush harmonies, spiritual lyrics and a string of chart-toppers in the 1970s. Their songs are said to be influenced by the teachings of the Bahá’í faith.

Coming off their success with “Summer Breeze” in 1972, the duo was back in the studio one year later with “Diamond Girl.”

Released as the title track of Seals & Crofts' fifth studio album, the single reached #6 on the Billboard Hot 100 chart. The album also was a huge success, as it rose to #4 on the Billboard 200 chart. A second charting single from the album was “We May Never Pass This Way Again,” which topped out at #21.

Seals & Crofts’ fans may not know that Jim Seals is the brother of Dan Seals, who was “England Dan” in the duo England Dan and John Ford Coley (“I’d Really Love to See You Tonight,” 1976). In the early and mid-2000s, Jim Seals toured with his brother under the name, Seals & Seals.

Another interesting bit of trivia: Seals and Crofts both belonged to the group The Champs (“Tequila,” 1958) in the late 1950s and early 1960s, before going out on their own.

Please check out the video of Seals & Crofts performing “Diamond Girl” live on The Midnight Special in 1973. The lyrics are below if you’d like to sing along…

Diamond Girl – you sure do shine
Glad I found you – glad you’re mine
Oh my love, you’re like a precious stone
Part of earth where heaven has rained on