Monica Puig, the 2016 Olympic gold medalist in women's tennis, has a lot to smile about despite having to bow out of the 2020 Tokyo Olympics due to multiple surgeries. The Puerto Rican athlete announced with a series of Instagram photos that she got engaged over the weekend to fellow athlete Nathan Rakitt. 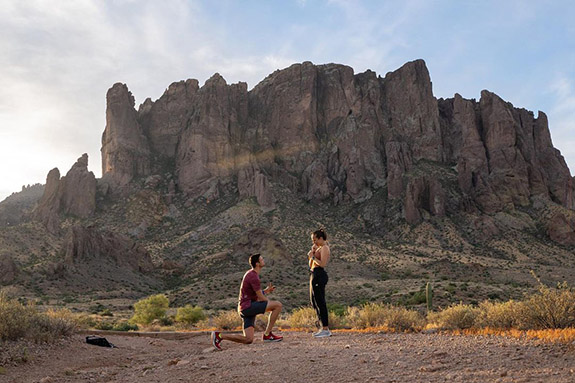 The jagged mountains of Lost Dutchman State Park in Arizona served as a majestic backdrop for a romantic proposal that saw Rakitt going down and one knee and presenting his girlfriend with what we believe is a princess-cut diamond ring. 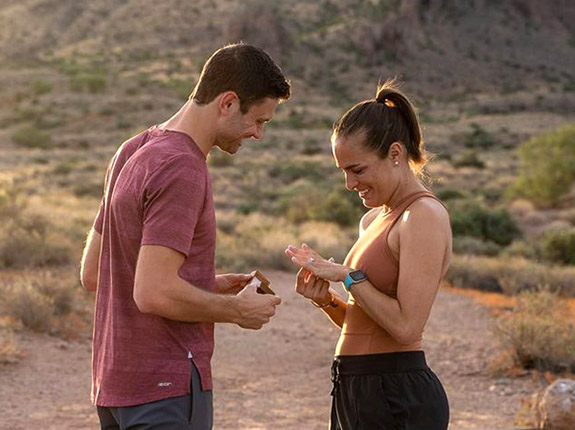 "He said: Ready to jump?! I SAID YES!!!!!!" Puig wrote on Instagram. She punctuated her caption with two emojis: a red heart and a diamond ring.

Rakitt shared the same photos on his Instagram and exclaimed, "SHE SAID YES!!!!!!!" 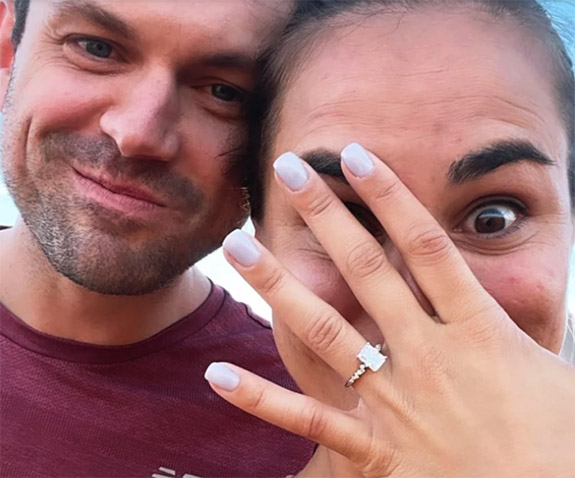 Puig added a closeup photo on her ring to her Instagram story and captioned it, "Ninety percent sure I'm still dreaming."

A second image on her Instagram story showed the athlete in a workout room. She's grasping her morning coffee and aiming her new ring at the camera. She wrote, “Actin totally different this morning" and added three diamond ring emojis.

Puig has been battling a series of injuries that prevented her from defending her Olympic crown. She had elbow surgery in December of 2020 and went under the knife again in June 2021 to have her rotator cuff and bicep tendon repaired.

Still, the 28-year-old told ESPN.com that her goal is to compete at the 2024 Olympics in Paris.

It's not clear how long the couple has been dating, but People.com reported that Puig began commenting on the 28-year-old Rakitt's Instagram posts in December of 2020.

This past April, the relationship seemed to advance to the next level on Instagram, where the couple traded sweet comments, each punctuated by a red heart emoji. Rakitt posted a photo of him and Puig and captioned it, "This girl." She commented, "I love you."