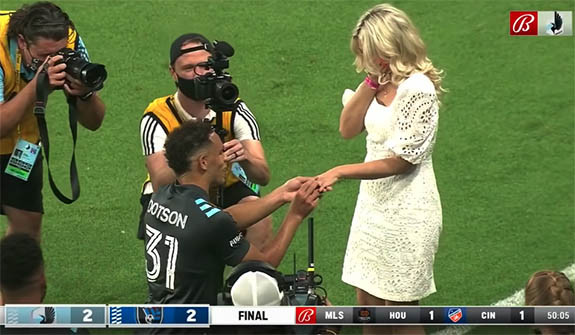 Dotson and his teammates were walking off the field after a hard-fought 2-2 draw with the San Jose Earthquakes on Saturday when the 24-year-old pro soccer player met Vuckovic at the sideline, went down on one knee and and pulled out a blue box containing a diamond engagement ring.

The Minnesota United's social media team recorded the event from every angle as Dotson asked Vuckovic if she would marry him. Dotson's Croatia-born girlfriend said "Yes" and he slowly placed the ring on her finger.

The fans who had decided to linger in the stands after the game stood and cheered. 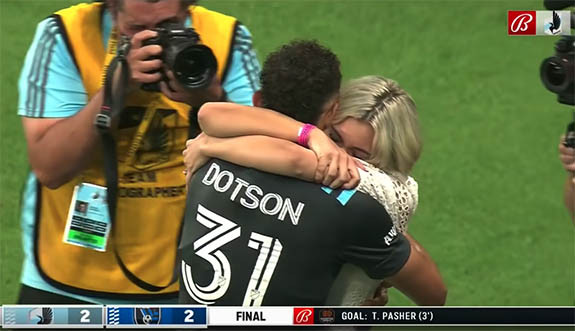 On Instagram, Vuckovic posted a slideshow of proposal photos and added this caption: "There aren’t words that express anything close to the happiness my heart feels. To be loved by you is a blessing Hassani… A HUGE thank you for all of the wishes and to everyone who was involved in helping put this beautiful everlasting memory into my life #IsaidYes." 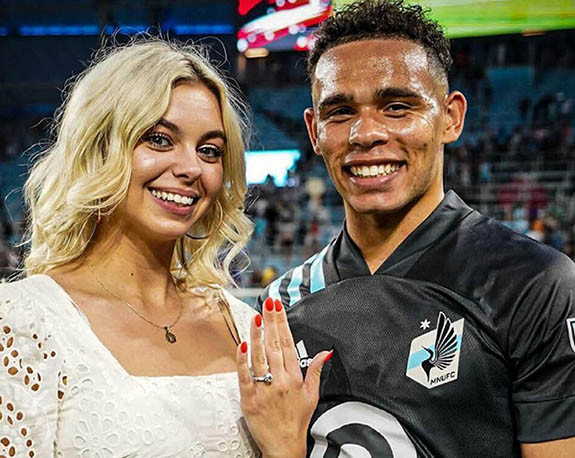 "She wore a white dress, to boot," de Saint Aubin said. "I mean, I guess most girls just know. We have a sixth sense about us. Good for them! Congratulations! That's awesome!"

What de Saint Aubin didn't know at the time of the broadcast was that Dotson had asked his girlfriend to get dressed up so they could go to dinner right after the game.

"It was totally a surprise," Dotson told the Star Tribune. "She was still shaking into the tunnel and all that [after the proposal]. It was just a really good moment and really awesome to have it on video as well."

Added Dotson, "I thought it was pretty meaningful because she's been through a lot in my career and I thought it would be something different, something special and also nice to do it in front of the fans."

Check out the romantic proposal, below.