In the world of fine gemstones, looks can sometimes be deceiving. This was the hard lesson learned by 3,000 fortune seekers who descended on Ladysmith, South Africa, early last week after a cattle herder stumbled upon a large clear crystal that appeared to be a diamond. 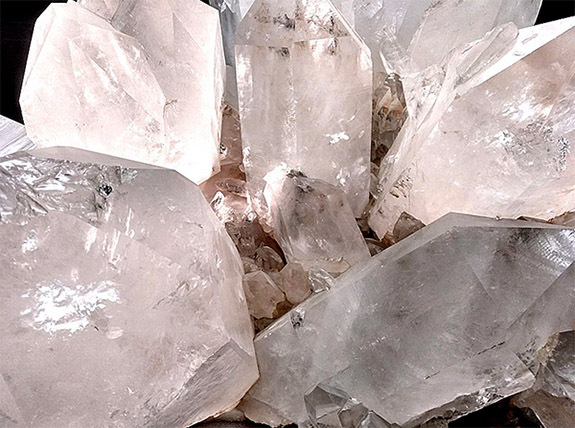 The resulting "diamond rush" was supported by the fact that South Africa has been a world leader in diamond production for the past 150 years. The country currently hosts seven major diamond mines and generates more than 7 million carats per year. In fact, the largest diamond ever discovered — the 3,106-carat Cullinan — was unearthed in 1905 about 400km northwest of Ladysmith, near Pretoria.

Armed with picks and shovels, people from across the country rushed to the eastern KwaZulu-Natal province, where a 50-hectare (123-acre) search area became a field of dreams.

Sadly, those dreams were dashed when a local official announced on Sunday that the rare "diamonds" of Ladysmith were merely quartz crystals.

“The tests conducted conclusively revealed that the stones discovered in the area are not diamonds as some had hoped,” said Ravi Pillay, a provincial executive council member for economic development and tourism.

Quartz is the second-most-abundant mineral on planet Earth, just behind feldspar. The quartz crystals mined at the site in Ladysmith carried little or no value.

While most of the amateur miners packed up their belongings and headed home, about 500 stayed on the site, convinced that the stones had real value and that the government officials may not have been telling the truth.

Meanwhile, Pillay said that the search area posed a threat to grazing cattle because it was pocked with numerous holes, some as deep as one meter.