Debswana Diamond Co. will be spending $6 billion on a massive project that will extend by 20 years the lifespan of Jwaneng, the world's richest diamond mine. When the Botswana mine reaches full capacity in 2034, it will be generating 9 million carats per year. 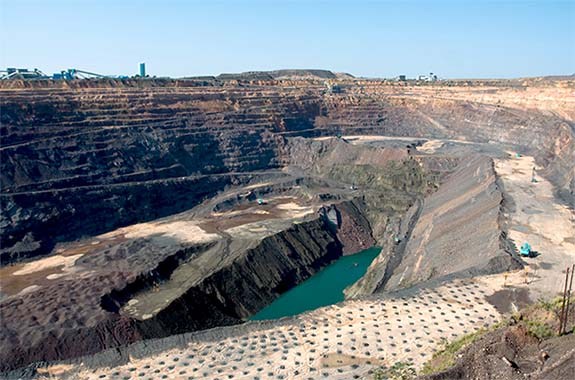 Since 1982, Jwaneng has been an open-pit mine, but the next phase of its operations will see the company channeling underground. Over the next 13 years, Debswana will be reaching high-grade diamond-bearing ore via 360 kilometers (224 miles) of interconnecting tunnels.

“We are still doing the studies toward transforming to an underground producer, which is a very different environment, with different capabilities and mindset,” Thabo Balopi, Debswana’s head of transformation and innovation, told reporters at a briefing.

Situated in south-central Botswana about 120 kilometers (75 mi) west of the city of Gaborone, the Jwaneng diamond mine is owned by Debswana, an equal partnership between the De Beers company and the government of Botswana. The open-pit mine lies above three kimberlite pipes that converge near the surface, covering 520,000 square meters at ground level.

The success and longevity of the mine is critical to De Beers because Jwaneng accounts for a huge portion of the company's total diamond production. In the first quarter of 2021, for example, Jwaneng yielded 3.2 million carats, or 41% of De Beers' total output. Debswana also accounts for one-fifth of Botswana's gross domestic product, according to seetao.com.

The Jwaneng mine has a reputation for producing high-quality diamonds. One of the most famous of these diamonds was sold at a Sotheby's auction in April 2019. 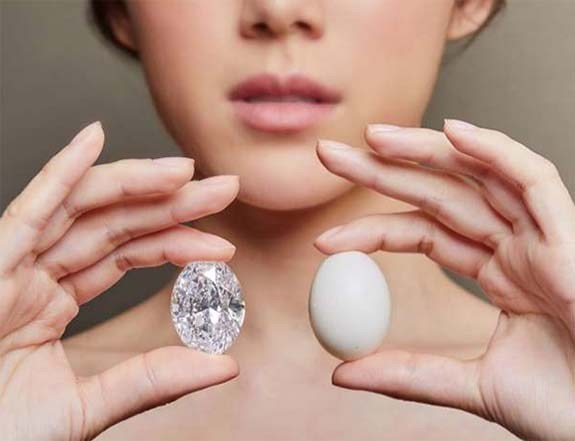 At the time, a Japanese private collector plunked down $13.7 million for a D-flawless, 88.22-carat oval diamond that had been cut from a 242-carat rough stone sourced at the Jwaneng mine. The collector gifted the gem to his eldest daughter and named it “Manami Star” in her honor.