Aussie authorities urged the residents of Sapphire to move to higher ground last Wednesday when violent thunderstorms dropped 215mm (8.5 inches) of rain on one of the largest precious gem-bearing areas in the world. 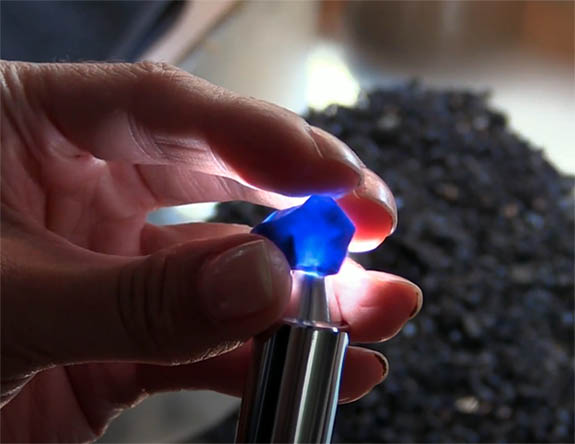 While most residents scrambled their way to safety, others characterized the raging flood waters as liquid gold.

“There are already people out in the sapphire fields looking for sapphires,” Victoria Bentham, the co-owner of Sapphire Caravan and Cabin Park, told the Guardian. “Sapphires are in the ground there, and when it floods, the flood waters wash them down the creek beds and they get stuck behind billy boulders.”

Bentham reported that fossickers were heading downstream to seek their future fortunes. The last time Sapphire flooded was about a decade ago.

“It just goes to show that even in tough times there is always a glimmer of light,” she added. 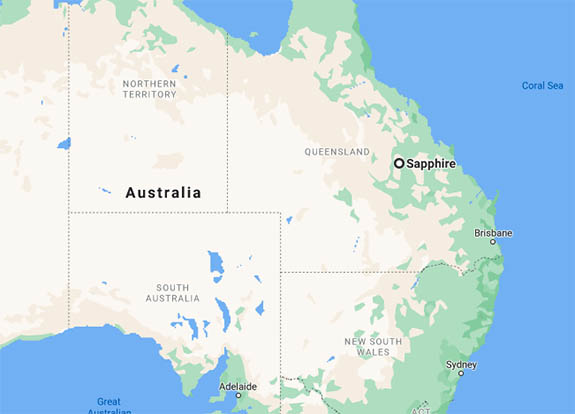 Sapphire is located in the sparsely populated Central Highlands region of Queensland, just 50km (31mi) west of Emerald. During an average year, the region receives 628mm of rain. On Wednesday alone, the area collected more than one-third the yearly total. The local Retreat Creek rose nearly 10 meters in a few hours and roadways became impassable.

Comprising the townships of Rubyvale, Sapphire Central, Anakie Siding and Willows Gemfields, the Sapphire Gemfields have a large commercial mining presence, but also attract fossickers from around the world.

Fossicking is the term Aussies use to describe amateur prospecting, especially when carried out as a recreational activity. The Queensland Government is promoting fossicking as a popular outdoor activity the whole family can enjoy.

Sapphires and rubies are mined in all eastern Australian states, including Tasmania. According to The Natural Sapphire Company, the mines of Australia have produced more commercial-grade blue sapphire than any other source in history.

To learn more about sapphire mining in Australia, check out the video, below, titled "GIA's Australia 2015 Field Expedition."