One of the world's finest collections of California gold made its debut Saturday at the Yale Peabody Museum of Natural History in New Haven, Conn. The exhibition features 23 natural formations of gold, some of which resemble leaves, coral and skeletons. 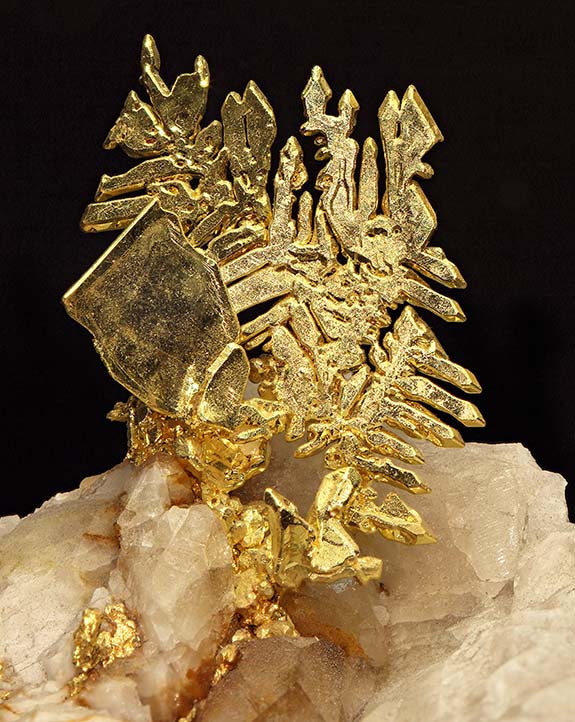 Most were collected over the past 25 years, although two specimens of crystallized gold were mined in the 1850s during the California Gold Rush. 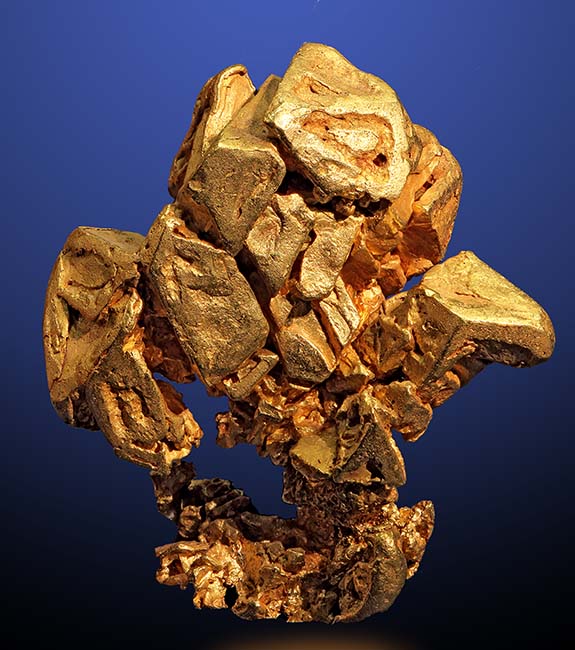 “The Eagle,” which measures 2.5 x 2.5 x 2.0 inches, was mined in the 1850s in Placer County, Calif. It features clusters of octahedral hopper gold crystals.

“This collection is incredible,” said Richard Kissel, the Peabody’s director of exhibitions and public programs. “The gold specimens on view are of superior quality — impressive physically and stunning aesthetically. The exhibit highlights the specimens’ beauty while offering insight into the history and science of gold mining.”

The Peabody Museum brings the California Gold Rush to life by presenting historical instruments and artifacts. These include a mining pan filled with gold dust, a balance for weighing specimens, an instrument for measuring the velocity of air in mines to ensure proper ventilation, a field chemical lab called a “blowpipe kit,” and a silver candlestick decorated with mining-related symbols that miners used for illumination while underground.

“The Little Flame” is a crystallized leaf gold that weighs 13.05 troy ounces. It was found at the Eagle’s Nest Mine in Placer County, Calif.

“This is one of the finest collections of gold specimens ever put on display anywhere in the world,” said Jay Ague, the Peabody’s curator-in-charge of mineralogy and meteoritics.

“Colorado Quartz 1” measures 7.0 x 5.5 x 5.0 inches and weighs 58.68 troy ounces. The piece has gold plates on and in quartz, octahedral gold crystals and dendritic gold. Its origin is the Colorado Quartz Mine in Mariposa County, Calif.

The exhibition also gives Yale University an opportunity to remind visitors of the school's interesting connection to the California Gold Rush. Seven years before gold was discovered in the American River at Sutter’s Mill, Yale professor James Dwight Dana had completed a tour of California’s Sacramento Valley. A pioneering geologist and mineralogist, Dana identified the region as a potential source of gold, remarking that the rocks there “resemble in many parts the gold bearing rocks of other regions: but the gold, if any there be, remains to be discovered.”

The gold specimens and artifacts are on loan to the Peabody from The Mineral Trust. The collection had previously appeared at the American Museum of Natural History in New York City.